On a visit to see Guy at the studio, Ted happened to have a P38 in the car. They tried it on a mix and decided to bolt it into the rack and use it immediately! 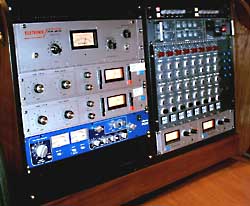 This P38 is going nowhere!