After early training and qualifying as a civil engineer, Ted decided to go for a career that included his first love – music. He became a musician and session singer on the London pop music scene in the early 1960s, along with his wife, Barbara and brother Guy, but his interest in the technical side soon came to the fore, and he started his own home studio with totally home-built equipment.

In 1966, after working for 2 years with Joe Meek in his London independent studio in Holloway Road, Ted got the job of running the commercial studio for Keith Prowse Music in Denmark Street; London’s Tin Pan Alley’. Very soon the other studios in the street were asking Ted for copies of some of the equipment he had built, and in 1969 Ted, with a number of friends, set up the famous Alice mixing manufacturing company. During the 1970s, ‘Alice’ designed and built equipment for most of the emerging local radio stations in the UK and equipped studios for many major rock stars of the time, supplying equipment for Jethro Tull, Yes, The Who, and many more.

In 1984, Ted moved into a new area of electronics – voice communications, designing some of the first car ‘hands-free’ systems for Vodaphone and Motorola. In the early 1990s, Ted semi-retired and moved to the warmer climate of the South-West of England where he started a small business in the video industry, but needed some audio gear… a stereo compressor… so he designed his now famous optical compressor.

In 1993, he launched the ‘Joemeek’ brand, and it became a runaway success with the audio recording elite. By 2001 however, market consumption had moved towards ever more inexpensive studio ‘gizmos’ and equipment built to a price. Subsequently the ‘Joemeek®’ trademark was bought by a US company who now has a new range of equipment manufactured in China, branded ‘Joemeek’ for this project market.

2002 saw the start of a new range of very much more ‘professional’ equipment under the TFPRO label; Ted’s idea being to design equipment that is much more uncompromising when it comes to sonic performance and build quality, to accompany the recent shift towards ever higher resolution recording. This is the present range of TFPRO equipment: It is in every way as good as it possibly can be, with no ‘cut price’ componentry or design shortcuts and a huge amount of innovation, drawing on Ted’s extensive experience.

Since 2010, Ted has been President of Orbitsound Ltd., an international company designing and selling innovative ‘spatial’ loudspeaker systems for the consumer market. Founded by Ted, this established business has meant that TFPRO had to take a ‘back seat’ commercially and, at the end of April 2012, Ted temporarily ceased manufacture of the TFPRO range. But quality equipment is very much Ted’s life and after moving from ‘The Sound House’ in Torquay to a beach property in West Sussex, Ted once again ‘reinvented himself’, designing and assembling professional studio equipment, but as he says, ‘at 81, it’s more of a hobby than a business now…’

In December 2018, sadly, after a long illness, Ted’s wife Barbara died. After such a change in life, Ted’s enthusiasm for good sound has been renewed and his new products are a combination of 21st century technology and proven reliable design. The re-designed BRICK2 and the stunning P38EX Mk2 are perfect examples, while designs for 500 series modules keep him thinking ahead. 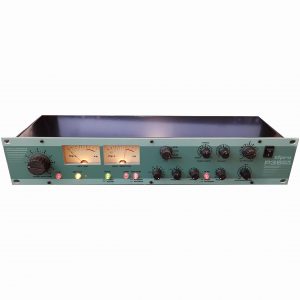 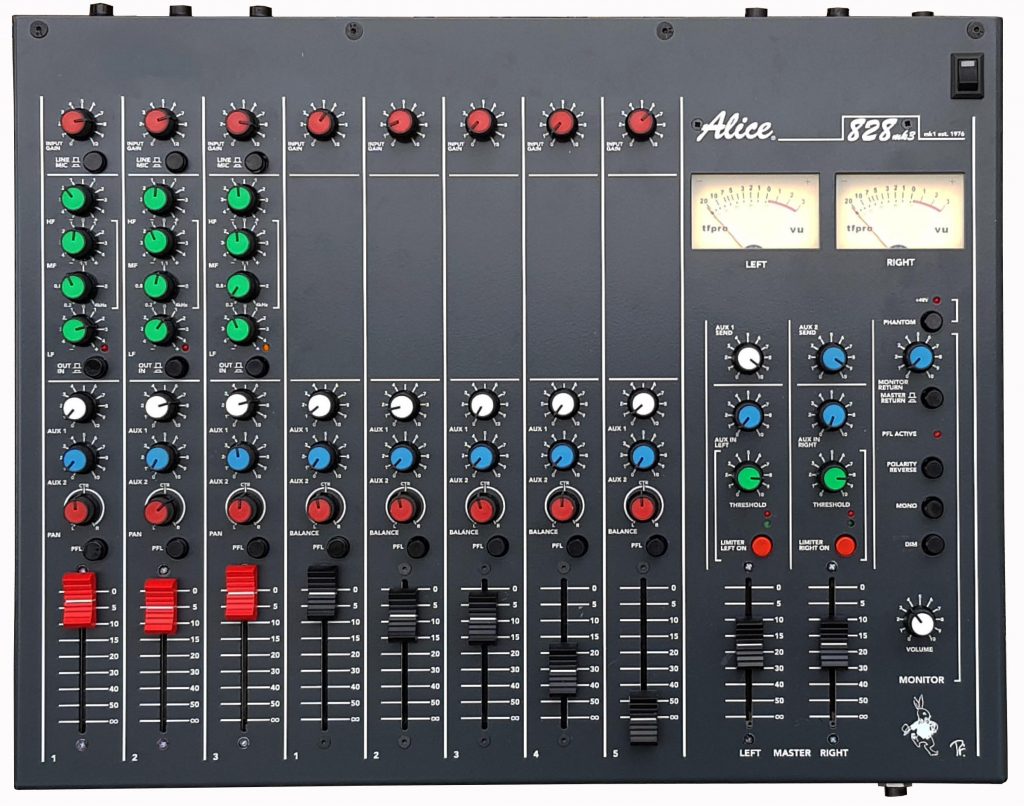 As of 2020, the rabbit is back! Ted Fletcher is working on new Alice products, starting with the new Alice 828 Mk3 mixer.

Learn More About the Alice 828 Mk3

Joemeek® is a registered trademark of PMI Audio Group.