Sorry for the late response, and thanks for the offer of the manual, I will drop you an email after this post!

I just wanted to feed back on my recent findings with hum on Ch2. I had observed before that the AC wire for the bulbs were twist-tied in place, so that they were laid right across Ch2 circuit (which looks tidy, for sure, but maybe not a great idea technically). As I had some crackling pots and was in there anyway, I decided to re-route the wires. There was enough slack to raise the black bulb wiring so that it was well clear of the circuit.

Well, guess what? The hum has almost entirely gone. There’s still a tiny amount more than Ch1, I suspect that is either due to the proximity of the mains transformer or the already discussed problem with input tranny 2 going microphonic.

I guess there was probably a change in wire routing between your final design, and how that was interpreted in production. 🙄

So I hope this helps anyone else with a VC7 and who notices a hum on Ch2!

And by the way – I used DeOxIt spray for the pots. Amazing stuff!!

EDIT : added a couple of pics to show the routing of the bulb lead. 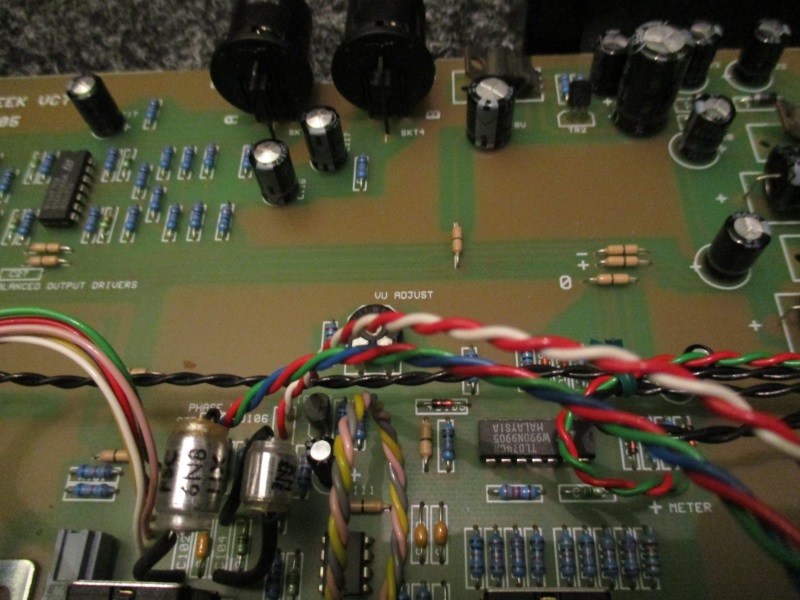 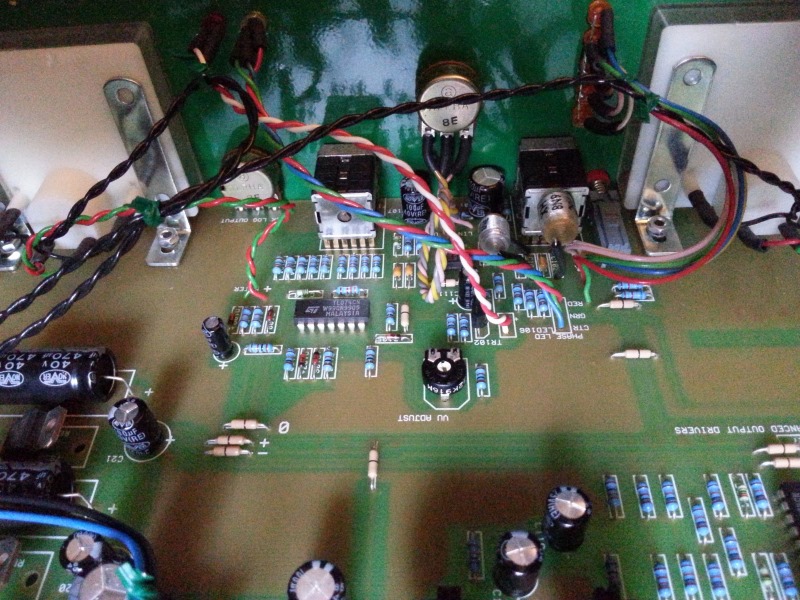 You must be logged in to view attached files.
Manage Cookie Consent
We use cookies to optimize our website and our service.
Manage options Manage services Manage vendors Read more about these purposes
View preferences
{title} {title} {title}