It’s for recording…. but just as important, it’s a fabulous post production/mixing tool!

The BRICK2 makes use of more up-to-date technology in the manufacturing of the main printed circuit board, than the original BRICK (and it’s a lot prettier!), but it is still totally hand built in the UK and individually tested and signed off by me.

I have now completed another batch of BRICK2 units following the success of the first ones, and they are in stock and available now! (SEPTEMBER 2019). The new price of the BRICK2 is UK£775 (includes freight to UK and EU) and UK£595 for the special ECO version.

As a reminder, the BRICK2 is a totally analogue recording channel suitable for any single microphone, but particularly excellent for voice recording. It is a superlative microphone amplifier suitable for all mic types, a photo-optical compressor of historic design, a harmonic enhancer that can operate also as a de-esser and dual analogue outputs. 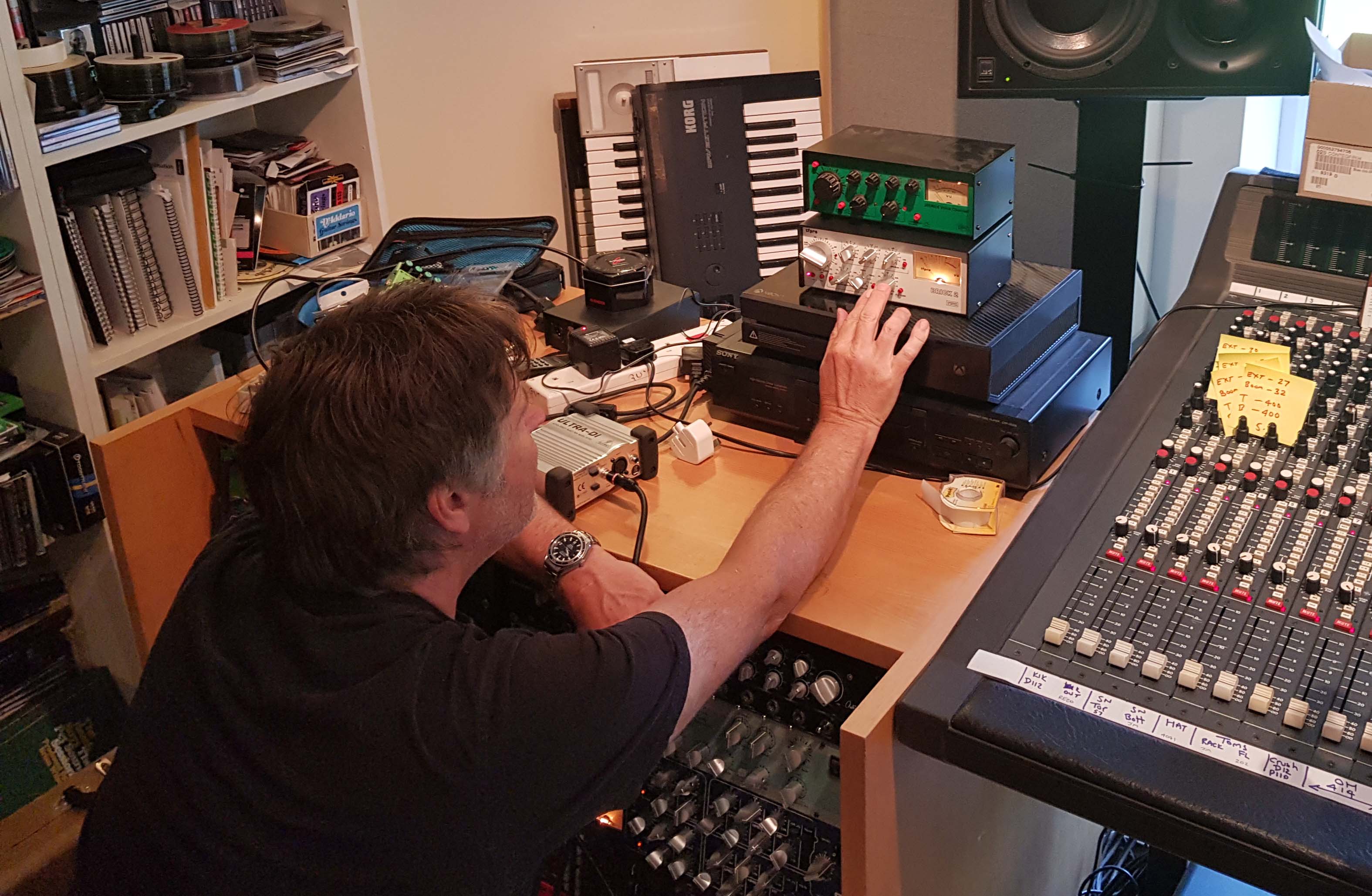 A number of engineers have asked my what’s special about the sound of the BRICK2; is it the same or as good as the original Brick? There is a definite answer to this, the BRICK2 has the same warmth and presence as the old Brick but there is a subtle difference, it has a more controlled and cleaner ‘bottom end’ that the earlier one, as well as an extended ‘top end’ giving it the ‘fairy dust’ sound.  The majority of true top-end mic amps use conventional transformers, this gives them ‘character’, which is actually the addition of harmonics that are not there in the microphone itself. The BRICK2 uses a transformer and has circuitry that allows the true character of the microphone through but at the same time virtually eliminates low frequency distortions, the response extends down below 10Hz without the usual muddiness that happens with transformers and it retains the ‘life’ that is lost with transformerless inputs.

Another basic secret of great sounds is plenty of overload margin, something that the old Brick had lots of. The BRICK2 has too; it keeps the tradition!

But after all that… there will be compression!!

P38EX Stereo Mastering Compressor was a stereo ‘opto’ compressor solidly made in the UK. Affordable by the smaller studio, but with full mastering performance instantly recognisable as superior to any regular compressors. Still lots of interest…. I’m working on a plan to produce a replacement with some original improvements! Anyone for a P38EX in 500 series format? That’s actually happening!! (see above).